The Use of Lures and Baits in Trapping:
Or, How to get an animal to step on 1.5 square inches

One of the old sayings of trappers is that trapping may be the most challenging of all the outdoor sports because, “out of all the places in the world that an animal you are trying to catch can choose to go, you can only catch it if you can get it to step on a spot about one-and-a-half inches square.” In reality, there is quite a bit of truth to that statement. When you set a trap, the pan of the trap…where the animal needs to step for the trap to trigger…is typically only about 1.5 inches across and 1.5 inches long, give or take, depending on the size and style of the trap. When you think about it, that does make trapping an awfully challenging proposition. However, no self-respecting trapper would go afield with just an assortment of traps and expect to come away with a good catch. So, what do they normally use to try to increase their odds of success, you ask? In addition to a comprehensive understanding of furbearers, lures and baits are the most common answers to that question.

Lures Versus Baits: What’s the Difference?

Although it probably doesn’t occur to most people, lures and baits are not the same. Sure, folks may be asking, “They are both used to attract animals to the trap site, so what’s the big difference?”. Well, to a trapper trying to maximize his time and effort, knowing the difference and when to use each is crucial. In general, the differences can be summarized in this way: a lure is an attractant to an animal’s senses but doesn’t represent a significant food (energy) value, whereas a bait represents an actual food item the animal can eat. For example, in a situation where a trapper wants to catch a bobcat, a lure could consist of a CD hanging on a string. This presents a visual stimulus to the animal to draw it towards the trap but isn’t really a food source. An example of a bait employed in the same bobcat set might consist of using a dead mouse or other chunk of meat the bobcat will be attracted to with the purpose of consuming it. There is also quite a bit of “gray area” in determining the difference between baits and lures. For instance, a lure can be composed of bait foods and other ingredients that a target animal could eat but be in a form that isn’t truly edible. A bait, on the other hand, has sensory attractants (olfactory, sight, taste, etc.) in the same manner as a lure, but is substantial enough for the animal to eat. In general, though, you can think of lures as attractants that have no major food value to the target animal and baits as actual pieces of potential food.

When to Use Lures Versus Baits

When attempting to put up the most fur in their shed, trappers have to know when and where to employ the various tools in their “toolboxes.” This is where a trapper’s experience and understanding of furbearers shows. Knowing the ecology of each species helps successful trappers know when and where to use baits and lures. There really is no tried-and-true method for every situation, but when to use a lure versus a bait is often determined by the target species, the exact location of where a set will be placed, and the weather conditions.

For non-predatory species (beavers, for example), lures are often the go-to for trappers. It’s not that you can’t use baits for these species, but because they aren’t predators, baits are often not as effective. For example, since beavers mainly eat vegetative matter, a trapper can’t readily transport food items that would entice a beaver. This is why many beaver trappers use lures in certain beaver sets. Many of those lures contain some component of beaver castor. Castor is a sticky substance beavers excrete from a sac under the base of their tail to mark their territories. A lure using castor isn’t something a beaver will eat, but the scent carries over long distances and can attract other beavers in the area to investigate. Essentially, a castor lure makes one beaver want to know what another beaver is doing in their area. The general use of lures over baits applies to all non-predatory furbearers, but again, isn’t a hard-and-fast rule.

When targeting a predatory species such as a coyote or fox, using baits can be important. Predators need to eat and most need to eat often to satisfy their caloric intake requirements; this is especially true in winter when they also have to burn more calories to maintain body temperature. Therefore, a chunk of bait that is really food can be very tempting during those times of year. Many predators are wary animals, so employing both lure and bait at the same set may be warranted. In these cases, a lure can be used to bring the animal into the vicinity and bait can serve as the “hook” that gets the animal to fully commit to coming to the set.

Weather conditions and set location can play a big factor on how effective a bait or lure is, and which is best to use in each situation. Baits can take on more importance in very cold conditions, as some lures are more likely to freeze and lose efficacy. In more optimal weather conditions, lures often are formulated to draw animals from farther away, so their use may be called for if extremely cold temperatures aren’t a factor. In an area where it might be difficult to reliably place a bait (near water, in a rocky area, etc.), lures that can be sprayed or deposited onto nearby vegetation might be more useful. In a location where there is a lack of vegetation or other structure to place lure, digging a bait hole near the set and placing a bait might make more sense. Either way, the choice between using a lure or bait…or some combination of both…is something that time and experience on the trapline teaches. Successful trappers tend to be the ones who are very mindful of these choices and become proficient at taking various factors into account when making lure and bait selections.

Commercial Lures and Baits Versus Homemade

Trappers universally acknowledge the importance of using lures and baits in their pursuits. Individuals and companies who market baits and lures often derive a significant portion of their annual revenue from this sector because every trapper needs these products to be successful. Prices vary, but the cost of a bottle of lure or bait, regardless of expense, is far more than offset if it significantly increases catch efficiency. Therefore, most trappers are content to purchase these products from a supplier and not have to deal with formulating their own. Generally, making these items at home is somewhat involved and takes time. A retail company may take years to develop and test a new lure or bait.

Mike Volkers, who owns Volkers Trapping Supplies, stated that a new product can be ready for the market depending on how successful it is in testing. He offered that new products may be ready in as little as a year or two but are only offered for the retail market once they have proven effective with many catches to their credit. Volkers related that his company develops new lures and baits according to demand and where they see market opportunities. He further stated that they don’t develop products for any furbearers they don’t target. Because Illinois is a “raccoon state,” his company primarily sells raccoon lures and baits, as well as also moving a large quantity of products designed to catch coyotes. For example, Mike Volkers’ company has developed and retails specific products to be economical and effective raccoon attractirs with the knowledge that many of their customers target raccoons.

At the end of the day, knowing that companies rigorously test their products gives trappers a sense that a commercially available product has some quality-control standards applied; it’s nice to think that you are buying a tested-and-approved product that will increase your catch.

Conversely, some trappers prefer to make their own baits and lures. Usually, the desire to make their own products stems from trappers wanting to save money and maximize use of the trapline catches. For example, many baits and lures use glands and urine as some of the main ingredients. So, an enterprising trapper can collect glands and urine from trapped animals for use in making their own lure and bait products, rather than disposing of these items. This is one more way that trappers utilize the entirety of their catch. Coming up with formulations that are truly effective is part science and part art. Trappers who really dive into making their own baits and lures are often part Einstein and part Picasso, with a dash of alchemist thrown in for good measure. It’s not unheard of for a trapper to work for years to come up with just the right formulation for a particular bait or lure, especially since some of the better products are often left to “age” for months or even years before reaching their peak efficacy. As with any “intellectual property,” trappers who concoct their own lures and baits are usually very protective of those formulas. After all, if you feel that your lures and baits are giving you an advantage, you might not be willing to share. Mr. Volkers confirmed that he does not share his lure and bait formulations with others.

An example of this behavior occurred in my own family. My Grandpa Kelley was a long-time trapper and worked for years perfecting various baits and lures that he used on his trap lines. He kept a “recipe book” for his various concoctions that he never even shared with my Dad, who was also a life-long trapper. I can’t swear by it because both Dad and Grandpa have passed, but I think Dad only gained possession of that book after my Grandpa passed away. I don’t know where that book is today, but I suppose I’d better check on that before the season begins! 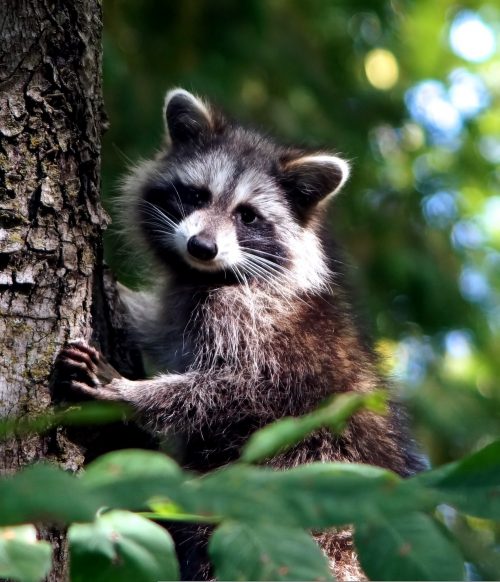 For More on Trapping Rules & Regulations:

Consult the Illinois Digest of Hunting and Trapping Regulations

Tim Kelley is a District Wildlife Biologist with the Illinois Department of Natural Resources,  Division of Wildlife Resources.